DEFINITION - STUDY OF A CITY ABOVE THE EXPRESS BYPASS AROUND PRAGUE 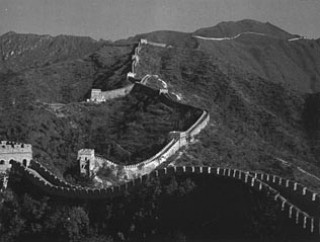 The project is a response to the mass construction of extensive housing estates on undeveloped land, a reaction to the spread of cities and their undefined boundaries and a study of alternative urban concepts. The entire structure copies the bypass around Prague, forming a long city above the highway with a network of roads and buildings integrated in a single conglomerate supported by massive concrete frames. The basement of the structure is used as a highway with ramps leading to higher storeys and connecting individual buildings. The ramps lead to the rooftop dedicated to recreation and leisure. It is an urban structure with car access to all of its parts as a car is the basic means transport in connection with the highway. The aim was not to create an unusual or impressive urban structure, but rather the need to make a statement about traffic as a dynamic and major element of the current development of cities and its ability to define boundaries. Transport is not seen as a distraction to or limitation of cities which needs to be hidden and separated but as a creative phenomenon that should be integrated. City boundaries are not defined politically by drawing a line on a map where there is essentially no difference between municipalities “inside and outside”. Cities are defined by their own character.