The applied concept is based on the environment of the region referred to as the “Czech Canada”, which is typical for its harsh landscape with undulating mountain meadows with smaller rock formations. The authors inserted the house into the landscape formed by clusters of rocks and terrain undulations as if it were just another stone, a natural structure partially covered by the surrounding greenery. The terrain is marked with a number of incisions or imprints made with large three-dimensional heels of various sizes. Their mutual positioning defines the borderlines of a cavity in the substance. The surface compacted with this stamp is hard – made of architectural concrete. The building is further structured into individual rooms with wooden furniture or glass features. The sheltered atrium forms the greatest of the cut-outs. The character of the study is based on some of the ideas present in the Three-dimensional House designs by Frederick Kiesler and buildings designed by Eduard Chillida and further developed by reflecting the surrounding landscape in the design. 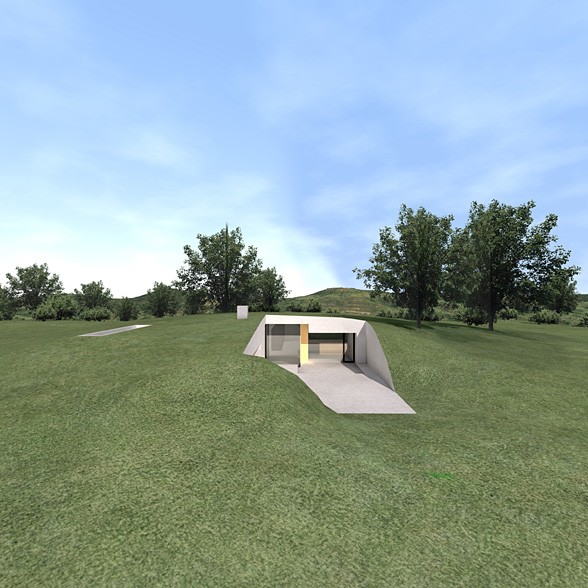